How To Create Designer Babies

Making alterations to your genome–also known as gene editing–is all the rage these days. Recent breakthroughs in this field enable us to make precise changes in the DNA, giving rise to many medical possibilities. While this technology can help pinpoint and even eradicate genetic diseases, it can also be used to engineer perfect ‘designer babies’. But what are the consequences and ethical issues associated with such a practice?

This opinion piece was written by Hannah Needham, as part of our collaboration with Wonk!

Designer babies are an extremely controversial topic (and no, I don’t mean babies dressed in Gucci—although that’s a different issue in itself). When we talk about ‘designer babies’, we mean babies genetically engineered in a laboratory, in vitro, for specially selected traits. The possibilities are endless; it can be used to reduce the likelihood of disease, for instance, or even influence the sex of a baby. We can even select more superficial traits, such as skin tone and eye color, in order to create our ‘perfect’ baby.

The role of genes is, to put it simply, to provide us with the instructions for life. All the processes, both beneficial or detrimental, that take place in our bodies are governed by these genes stored in our DNA. While genetic modification of plants and even animals has been done, this also inspired the idea of editing the genes of an unborn baby.

There are two separate ways of ‘designing’ a baby: pre-implantation genetic diagnosis (PGD) and genome editing.

PGD is a screening process, currently used in in vitro fertilization (IVF), to identify genes that are associated with diseases. This technique can also screen and select embryos with other desirable genes like gender, hair color, intelligence, etc. Imagine this as if you are in a bookstore, choosing a book.

Checking through the book to make sure there aren’t any pages missing or printing faults is like screening for diseases. Reading to see if you like the writing style, or enjoy the author’s use of words is like screening for desirable traits. Though there are medical limitations on the use of PGD, its wider applications are the topics of many debates.

Genome editing is, well, the editing of individual genes. Techniques such as CRISPR take PGD a step further than just being able to say ‘yes’ or ‘no’ to an embryo. The DNA sequence of an embryo is modified to change the gene it expresses, resulting in a different trait.

This is much like re-writing a book that you pick up in a bookstore. By changing certain words and paragraphs, you can improve its structure or even alter the progression of the story. In this way, both medical and non-medical genes are freely available for alteration. Genetic modification has already been introduced to crops and plants, to improve their yields or increase their resistance to pests.

Gene-editing technology is still rather primitive, as being able to specifically target individual genes out of tens of thousands present in DNA is an immense challenge. But at this rate, it is just a matter of time before we can change the precise genetic makeup of humans. While genetically engineering babies is illegal (for now), scientists are allowed carry out research on human DNA as long as the embryos are discarded appropriately.

There is much discussion about whether or not designer babies are morally permissible. Either side of the debate has valid points, making it quite difficult to choose a side. Many diseases stem from a single mutation in the DNA, so if we have the ability to fix this, is it our moral obligation to do so?

Editing out the mutation could remove that disease from humanity forever, which would reduce the burden on healthcare services. In fact, gene therapies are already available on the market, able to change our genome to cure genetic diseases. Gene therapy falls into a class of drugs known as biologics, a rapidly growing field in healthcare and pharmaceuticals.

On the other hand, removing mutations would reduce the human gene pool, leaving less variation amongst humans. There is also controversy in deciding which diseases or disabilities to remove, as many traits have both benefits and drawbacks.

When it comes to selecting non-medical traits, many believe it is unnatural and unethical for parents to decide. However, in some cases such as gender, it would be beneficial to be able to choose one gender over the other in order to prevent certain sex-linked diseases. Others might also argue that they have the right to choose, as it is their child, after all.

In a similar way, being able to genetically engineer children to have naturally higher IQ could be a real advancement for the future. But it would be hugely discriminatory to permit this knowing that the poor would not be able to have the treatment. This would be unfair as only those who can afford the procedure can benefit from it, thereby widening the gap between rich and poor.

Despite the possible advantages of designer babies, the underlying ethical issues are too great to ignore. The power to give humans the best possible quality of life is incredible, as seen in recent genetic therapies. However, the capability to manage diseases and disabilities at such a fundamental level can bring about huge divides in society. To fight against nature in this manner also carries with it a huge potential for errors, as we don’t fully understand the effects of genes.

To conclude, although the ability to create designer babies is a great indicator of important scientific progress, it would not be accessible to everyone which would show bias towards those who could afford it. I think that being able to choose desirable characteristics, such as hair color, eye color, voice tone, etc. is especially immoral as they aren’t necessary to improve the quality of life.

If genetically engineering babies were to become legal, laws should limit it to medical corrections rather than editing superficial qualities. Changing a human at a genetic level could have some serious implications, which can be passed down to many generations. This would be a highly risky path to go down as such changes may not indicate issues until after the baby is born, possibly putting the baby’s future—and future generations—in danger.

Do you think designer babies should be legal? To what extent? Let us know in the comments! 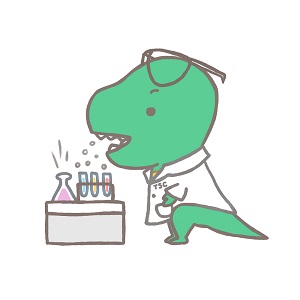 Opioids: Both Blessing and Curse