The Science Behind Sleeping

In modern society, there are many essential behaviors that are often overlooked. Due to the frenetic speed of our lives, we often pay little attention to the basic needs of our body such as eating, drinking, exercising or sleeping properly. We know that a good diet, along with exercise and ergonomics are important in maintaining a healthy body. While the science behind these daily practices is a key area of research, this article will touch on the importance of a good night’s sleep.

The health benefits of being seated while eating and exercising regularly have been thoroughly studied and are supported by plenty of consistent data. However, even though it is common knowledge that we can’t live without sleep, there is not as much concern about the importance of a good night’s rest. In fact, it has become normal to be sleep deprived almost every day, and many people are now dependent on caffeine to keep themselves awake during the day.

Neuroscientist and ‘Sleep Diplomat’, Dr. Matthew Walker, has spent a large part of his career researching the importance of sleep and the consequences of sleep deprivation on our brains in an effort to unravel the core reason why we sleep. In this article, we will introduce you to a short and quick breakdown of his work.

What Does It Mean To Be Asleep?

How can we tell that a brain is in its sleeping state? This may sound like a simple question, but intriguingly, we do not actually know what goes on in our brains to achieve that state of unconsciousness that we call sleep.

Our brains are complex structures made up of billions of elongated cells called neurons. These neurons ‘communicate’ among themselves by relaying a series of chemical and electric signals, or pulses. A constant myriad of these pulses is what gives us brain activity; brain waves are the patterns generated by this activity and we use methods like electroencephalography (EEG) to visualize them by converting the electric pulses into graphs like the ones shown in the figure below.

The greater the brain activity, the lower the amplitude and the higher the frequency of the wave. Essentially, the more awake you are, the narrower and taller your waves will appear. Actions like the processing of images through your eyes or the simple movement of your muscles all produce their own signals which simultaneously contribute to the brain waves of the awake state.

There is an entire classification system for brain waves. In the figure below, we can see that the brain waves of sleeping adults, theta and delta, are relaxed and smooth as opposed to the waves corresponding to when we are awake.

Scientists have identified different phases that occur during the period that we call sleep. One which you have probably heard of before is the Rapid Eye Movement, or REM, phase. During REM sleep, our memories of the day are replayed repeatedly by our brains. In simpler terms, our brains spend most of their time gathering fresh information while we are awake, and it is only when we sleep that our brains can ‘sit down and review their notes’.

REM sleep is essential for survival, as has been shown in rats. Depriving them of REM sleep (rudely awakened just as they were entering this state) for an extended period caused death in laboratory experiments.

However, this is not the only phenomenon that takes place while we sleep; the Non-Rapid Eye Movement, or NREM phase is the other dominant stage. The NREM phase has four different depths; sleep usually starts with the lightest depth of NREM, during which our brains gather up all of the raw information collected during the day to remove any superfluous information.  The latter and deeper stages of NREM sleep then polish off the work of the first stage before letting REM sleep take over in gathering the most important bits of information.

These two phases, NREM and REM, cycle over and over. This information may seem insignificant, but it implies something vitally important: in order to properly attain the REM phase, we need a good amount of NREM sleep time. This means that when we go to bed late and wake up too early (something which frequently happens with a busy lifestyle), we are most likely getting fewer cycles than we need. Since sleep starts with the longer NREM stage, this also means that we are not able to properly reshape our neural connections, fixate memories and eliminate the excess information accumulated during the day.

This is just a quick look at what happens while we sleep and a short overview of its role as a memory fixer and re-wiring tool. As Dr. Matthew Walker often emphasizes, sleep makes a much bigger impact on our health than we are aware of, and there is more to it than simply closing our eyes at the end of the night. As our understanding of sleep grows with further research into the field, perhaps we can start to see sleep as an essential part of being healthy. 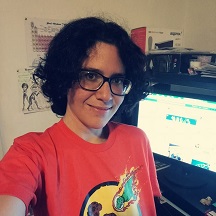 Soaking Up the Sun—The Chemistry Behind Sunscreen

Fungi Are The Deadliest Agricultural Pest That You Don’t See