Following in the footsteps of plant-based meat, lab-grown meat is the next meat alternative that might soon be available in groceries and supermarkets. Lab-grown and plant-based meat are often mistaken for each other, especially since they are both labeled as sustainable meat alternatives. However, one is considered vegan, while the other is not.

Lab-Grown Meat: From WWII to Today

During World War II, Dutch doctor Willem van Eelen was captured by the Japanese while fighting in Indonesia. As a prisoner of war, he suffered from starvation, almost dying as a result.

He was finally set free after five long years, making it his life’s goal to combat malnutrition. Van Eelen placed his faith in culturing cells for meat, devising ways to make these meat alternatives available for human consumption.

It took Willem van Eelen 50 years to perfect a process for growing meat from animal muscle cells, filing for a patent in 2001. Several research institutions, including NASA, began to realize the potential of lab-grown meat.

In 2013, another Dutchman—Mark Post, a professor at Maastricht University—created the first lab-grown burger. The burger made its way onto national television, where chefs noted that it tasted almost exactly like beef (except less juicy).

Since 2011, lab-grown meat startups have popped up everywhere. Scientists are becoming food industry CEOs, racing to deliver lab-grown chicken nuggets, meatballs, burgers and even seafood to the masses.

In 2019, Singapore became the first country to approve the sale of lab-grown chicken nuggets. An international panel of food experts confirmed that the nuggets did not contain harmful chemicals and were safe to eat.

Some companies say they are ready to bring lab-grown meat into supermarkets by 2022. It’s only a matter of time before lab-grown meat sits alongside plant-based meat on grocery shelves.

The question now is: how do we tell them apart?

Chemistry of Lab-Grown and Plant-Based Meat

In high school, we learned that meat is a good source of protein. When comparing animal and plant-based meat, understanding the type of proteins within is important.

Plant proteins must be enriched and processed with other nutrients to make plant-based meat taste and feel fibrous.

Fats improve the juiciness, tenderness, and taste of meat. Similar to farmed meat, lab-grown meat contains saturated fats. They only melt when heated, turning into oils that lubricate between meat fibers.

In plants, fats naturally occur as oils because they are already liquid at room temperature. We can easily use processes like emulsification and oleogel formation to incorporate them as fats in plant-based meat.

Can Lab-Grown Meat Be Considered Vegan?

Not Vegan as Animal Cells Used

Lab-grown meat is not technically vegan, since it involves animal cells. Specifically, stem cells are used to grow an animal’s fat, muscles, and tendons in a controlled environment called a bioreactor.

However, these stem cells must be taken from a living animal, so lab-grown meat isn’t considered vegan.

In addition, the current cell culture technology requires fetal bovine serum (FBS). This serum comes from the blood of cow fetuses and serves as nourishment for cultured cells.

But it is Cruelty-Free

The process of making lab-grown meat does not involve animal slaughter. Instead, a sample of stem cells is carefully acquired from an animal through a biopsy procedure.

This biopsy might cause some discomfort to the animal, but it can be done in a way that is humane and doesn’t affect the animal’s long-term health. The animal is allowed to recover before subsequent biopsies.

We can use this process to produce real chicken, beef, pork, and seafood meat without farming and slaughtering animals.

Lab-grown meat uses a more humane process than traditional animal farming, but is not technically vegan. Veganism does not condone any form of animal exploitation, including not eating anything (even cells) that come from animals.

Which is More Sustainable?

A comparison of the resources required to produce a quarter-pound lab-grown burger, a plant-based burger and a farmed beef burger is shown in the table below.

Meat from animal farming accounts for 15% of the world’s total greenhouse gas emissions. Lab-grown and plant-based meat are both sustainable alternatives that reduce these emissions.

Lab-grown meat eliminates the animal farming step, producing a meat product that reduces overall energy use and emissions. On the other hand, plant-based meat is slightly less ‘green’ than lab-grown meat but involves no animal use at all, making it suitable for vegans.

In terms of manufacturing and chemical composition, lab-grown meat may not have many similarities with plant-based meat, but they are both adaptations that combat the current unsustainable and unethical farming practices.

Hence, we should not pit them against each other. We all have our reasons for loving animal meat or being vegan. Choosing either lab-grown or plant-based meat as a meat alternative is already a step toward a more sustainable future. 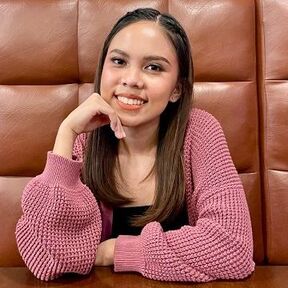 Relationship Between Wavelength, Frequency and Energy