Is it Possible For Individuals to be Born Criminal?

Did you know, back in the 19th century, you could be deemed a criminal just by having a particular body type? Imagine if you were convicted of a crime simply because you had larger ears than the person next to you! The beginning of criminology—the study of crime—has its roots in flawed theories like the ‘born criminal’ classification tool, using biological features to assess an individual’s propensity for crime and violence.

Can you be born a criminal? No, there’s no evidence that people can be born criminal. We cannot tell if someone is more likely to commit crimes based on how they look. However, there are certain genetic differences that make individuals more likely to display violent behavior.

What it Means to Be Born Criminal

The Italian physician Cesare Lombroso is often described as one of the founders of modern criminology. Rising to prominence in the 1880s, he was known for attributing physical features (skin tone, face shape, left-handedness, etc.) to an individual’s propensity to crime. Being labeled as a criminal by features you were born with might seem ridiculous today, but Lombroso’s infamous theory of the ‘Born Criminal’ was once widely accepted.

Positivist criminology is the idea that individuals are born into the role of criminals (by way of ‘nature’). It is perhaps the antithesis of the way we view crime today, which is that criminals commit crime as a result of external factors and motivators (‘nurture’). In the 19th century, however, positivist criminology was held in high regard, owing to theories such as Lombroso’s ‘Born Criminal’.

The theory itself needs little explanation – it hypothesizes that criminality in individuals is deterministic. Lombroso believed that he could tell someone’s capability of committing crimes based solely on their physical traits and attributes. The theory was formed in 1871 when Lombroso—an army doctor at the time—was allowed to examine the corpse of Giuseppe Villella, a notorious criminal convicted of theft and arson.

While studying Villella’s skull post-mortem, Lombroso discovered an unusual structure that was not seen in other individuals and declared it ‘atavistic’ (evolutionarily ancient). He went on to state that it was this ‘cerebral anomaly’ that drove Villella to ‘descend below the primates’ in his actions. Hence, he was unable to ‘offer the same resistance to brutal and morbid instincts that a well-shaped brain would have allowed’1.

Intrigued, Lombroso continued to examine the faces and bodies of other criminals. He collated all their shared features and characteristics, publishing his findings in 1880 in a book titled ‘Criminal Man’. There ‘traits’ that he found in common with convicts included (but are not limited to)2:

Lombroso was convinced that people who carried these features were ‘primitive’ in nature. His argument was that these individuals were further back along the evolutionary tree as compared to their ‘non-criminal’ counterparts. This was what started the flawed theory of the born criminal.

Supporters of the Born Criminal Theory

Despite being controversial, Lombroso’s ideas garnered a following. Even many years later in the 1940s, American psychologist William Sheldon continued to further positivist criminology by putting forth the idea of an individual’s ‘somatotype’. He categorized the human physique into three extremes: mesomorphs who are athletically built, endomorphs who are overweight, and ectomorphs who are underweight.

Sheldon believed that individuals of the mesomorphic body type (with big bone structure and large muscles) were more prone to committing violent and aggressive acts. They were, therefore, more likely to be criminals when compared to the other two body types3.

Another example of biological positivism can be drawn from American sociologist Richard Dugdale’s studies of familial criminal activity4. He traced 1,200 ancestors of 6 convicted criminals and found that they had many shared relations. This convinced him that people the individual surrounds themselves with can somehow share their traits. He concluded that the ‘environment tends to produce habits which may become hereditary’.

We now know that Lombroso’s work was ultimately flawed. Some of these characteristics were stereotypical toward ethnic groups and many were too generic to be of any use. Furthermore, many studies focused solely on people convicted of crimes, which may not reflect the entire crime-committing population (including those not convicted). Despite the flaws of the born criminal hypothesis, does a biological or inherited source of criminality exist?

After decades of research to prove (or rather, disprove) these unconventional theories, there was finally a breakthrough in the field. A 1993 study conducted by Dutch geneticist HG Brunner showed a genomic association between genetics and crime5.

A woman in the Netherlands sought help for the supposedly violent line of men in her family, all of whom had been convicted of a range of criminal offenses. The researchers sequenced their DNA and found that they all lacked the same gene—dubbed ‘the delinquency gene’. The gene in question is responsible for producing the monoamine oxidase A (MAO-A) enzyme.

The MAO-A enzyme breaks down signaling chemicals, which means individuals who don’t have it have constant triggering of nerve cells in the brain. Both genetic and epigenetic changes to MAO-A can lead to psychiatric disorders. Mutations of the MAO-A gene lead to what is now known as Brunner syndrome, a disorder characterized by aggressive, impulsive and often violent behavior in individuals.

Other Factors Involved in Criminality

Although MAO-A mutations can increase the likelihood of committing criminal offenses, other socioeconomic and environmental factors are also involved. Factors such as childhood upbringing and quality of education also affect an individual’s propensity for criminal behavior. It has been shown that external factors like stress can change the way our genes work, an effect that children are especially prone to.

But other times, genetics don’t play a role at all in changing the way view criminal behavior. A study in 1998 investigated regions with high poverty rates and similarly high crime rates6. When the researchers interviewed the families, many of them were unable to have ‘rational’ reactions to their circumstances and were prone to acts of desperation.

Criminal profiling based on external features is dangerous, creating stereotypes and promoting cognitive biases. Although we have early insights into how genetics can affect decision-making from the perspective of crime, further research is necessary to understand the extent to which an individual might be ‘born criminal’. 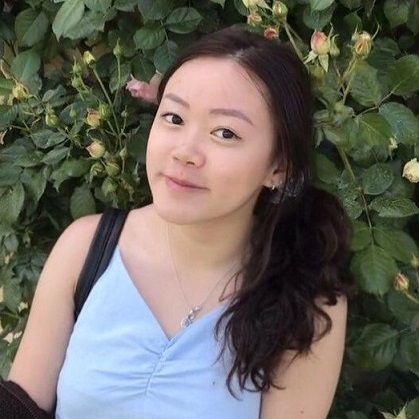 Graphene May Be a Wonder Material, But Don’t Hold Your Breath

Drug Polymorphism: What it is and How to Control Polymorphs